L.A. River to open to kayakers, bird watchers, anglers and hikers this summer 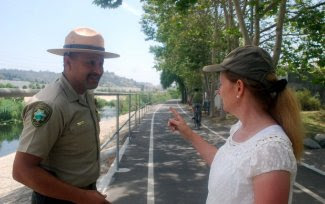 Story By Brenda Rees Photos by Martha Benedict This weekend, the L.A. River will no longer be something to contemplate from only the shorelines, bike paths and freeway bridges.

In an experiment that could change Angeleno’s perception of the river, The L.A. River Pilot Recreation Zone officially kicks off on Memorial Day, Monday May 27, allowing the public to walk, watch birds, kayak and fish (with permits) on a 2.5 mile stretch of the Glendale Narrows waterway in Elysian Valley.

The summer-long program runs during daylight hours until Labor Day (September 2) and anyone can access the river free of charge for a Class I river rapids ride that will take about 2 ½ hours. (Note: organized groups will need a permit and that can take up to five days to secure.)

Only non-motorized, steerable boats – like kayaks and canoes – are permitted on the river. Sorry inner tubes and inflatable rafts, back to the pools with you.

Vendors offering guided excursions are hoping that Northeast Los Angeles gets bitten by kayak fever and sign up for an upcoming tour (most vendors will start their tour season on the weekend of June 1). Indeed, many challenges face individual kayakers who want a L.A. River experience:

With such a complex and exhausting process, river kayakers may consider signing up for a guided tour which should eliminate many obstacles. Just a heads-up: you may still have to do your share of portaging. 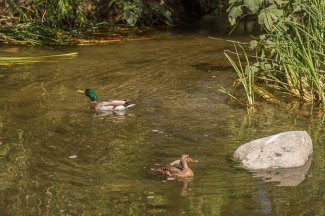 Ducks will have to share the L.A. River with people this summer./Martha Benedict

For two years, summertime kayaking on the L.A. River was offered at the Sepulveda Basin area and kayak organizers there  seeing kayak opportunities in the Elysian Valley section of the river.

“The first year we had a few hundred people, but once people realized what we were doing, we sold out tours that second year,” says George Wolfe of L.A. River Expeditions. “Between our group and Paddle the L.A. River [another kayaking organization], we had close to 3,000 people kayaking on the river last summer.”

For Wolfe, exploring the Glendale Narrows section of the river will be a treat because of the moving water. “It’s going to be sportier and not just flat water,” he says describing most of the run at Sepulveda.

Wolfe’s experiences at Sepulveda Basin parallels the build-up to opening day, with community members worrying that the river program would bring in more traffic, trash and parking problems. “We did encounter a bit of NIMBY but we sought to find a way to make a solution to make everyone happy.”

The Mountain Recreation and Conservation Authority (MRCA) – the organization administering the Glendale Narrows pilot program in cooperation with city and county of Los Angeles, the Los Angeles County Flood Control District and the Army Corps of Engineers – has, in Wolfe’s opinion, been very “sensitive to the issues of safety and security [in Elysian Valley]. In the end, this program can only be a boon to the area.”

In addition to potentially more traffic in the area, Elysian Valley residents are dismayed that dog walking down by the river won’t be permitted in the recreation zone during the pilot program. “People will still be able to take their dogs alongside the bike path and into the parks,” says Fernando Gomez, chief ranger for the MRCA. “But we can’t have them bring the dogs into the water or five feet of it.”

Gomez says that the MRCA will be monitoring the recreation zone from sunup to sundown daily once it is opened to the public. One MRCA ranger as well as up to a dozen  MRCA volunteers will be on patrol duty either on foot, bike or boat. “The LAPD will have the initial authority and city police will respond to any calls, but we will also be on hand to assist if necessary,” he says. 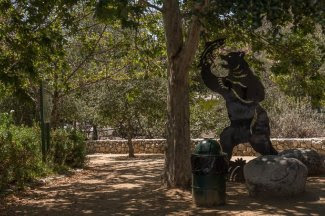 The extra security should be welcomed in the neighborhood where recently a biker was attacked on the bike path.

Still, the question remains: Will Anyone Kayak the River?

“Everyone that I know is excited about it,” says Steven Appleton, president of the Elysian Valley Riverside Neighborhood Council who, along with being a professional artist, will soon be adding kayak guide to his resume.

Appleton, along with fellow Elysian Valleyite Grove Pashley, will be leading L.A. River Safari kayak tours, an operation that will give Appleton a chance to introduce people to the history, nature and community of his neighborhood. “There are some places in the river you really have no idea you are near downtown L.A. Herons, egrets, carp jumping up. It’s mind-boggling.”

Appleton intends on employing and training local youth to help with the operation. In addition, he plans on reaching out to community and youth groups, offering them river trips at reduced rates. (Both L.A. River Expeditions and L.A. River Safari trips will run about $60-$70 per person.)

Both vendors will employ a novel way for kayakers to return to their parked cars at Rattlesnake Park. Once they are back on land at Confluence Park, participants will jump on bicycles and cruise the river route from a different perspective.

All in all, opening day of the recreation zone will write a new chapter in the continuing saga of the L.A. River.

Like many, Appleton is an optimist that a river experience can be radically energizing.

“I think once we bring people to the river and show them what it is, they will fall in love with it,” he says. “It really can be a river for all of us.” 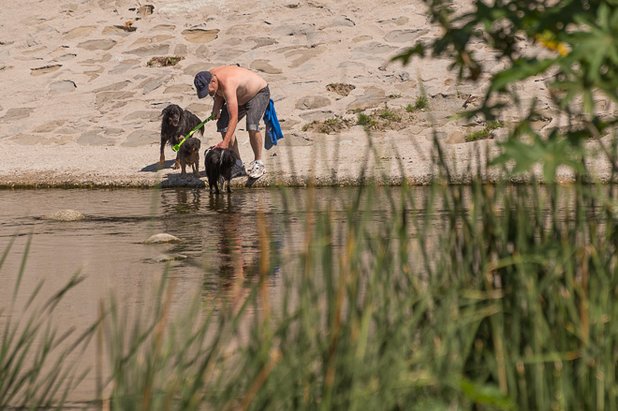 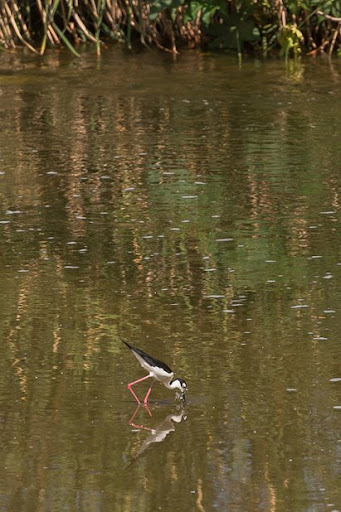 Bird watchers will have plenty to look at along the river./Martha Benedict 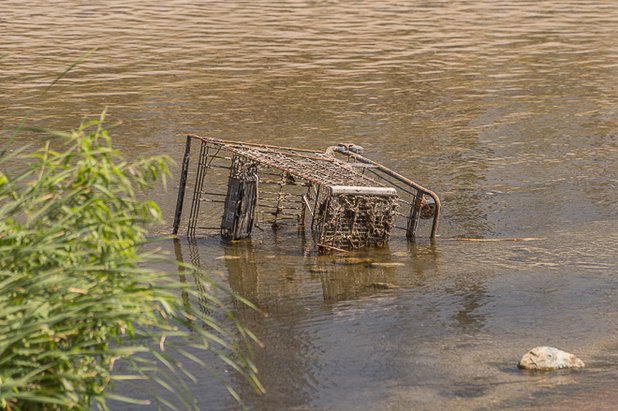 Kayakers will have to navigate around some urban obstacles./Martha Benedict 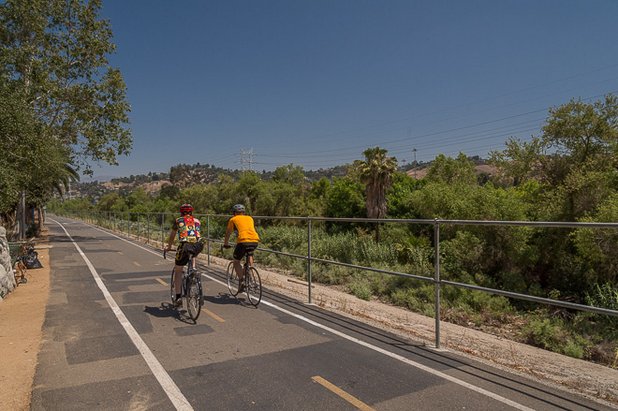 L.A. River path runs along the Elysian Valley side of the waterway./Martha Benedict 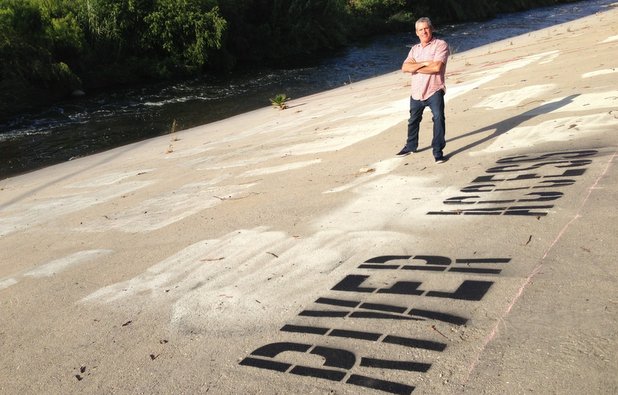 Posted in The Eastsider LA.